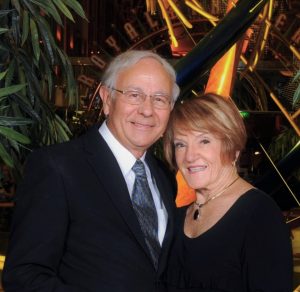 From out of the past, return with us now to those… golden days of radio with your hosts David and Linda Breninger. Like an invisible beam, cloaked in the darkness of the night, their alternating Sunday evening program of OLD RADIO THEATER can chill you a little and tear you a little in your imaginary ‘theater of the mind’.

The couple has kept the golden age of broadcasting’s legacy alive across the Sierra foothills and the Sacramento valley since October 26, 1985 when the program was first heard. Turn the clock forward some 1,050 broadcasts and the Breninger’s Old Radio Theater celebrates 30 years ‘on the air’ October 25, 2015.

Many thousands of volunteer hours and personal funds have been devoted by the couple to accrue their Audio Archive Collection of original vintage radio show transcriptions, phonograph records, books and photographs. They personally research, produce and record their Old Radio Theater show with material from their collection. They assure a quality broadcast for their listeners’ pleasure that features vintage radio programs mixed with their commentary and music of the era.

The Breninger’s Audio Archives are extensive and range from original recordings and reissues of drama, comedy, western, suspense, and soap opera to the news of the day that spans radio’s past from the late 1920s through the 1960s.

The couple takes great pride in producing and airing special tributes to the stars, performers and dignitaries who were heard ‘on the air’ during radio’s golden era. The couple also recounts important historic events on their show that serves as an oral history or legacy of our nation’s past as originally ‘heard’ over radio – well over a half century ago.

This is particularly true with the couple’s annual playing of a 1946 NBC radio network Christmas Day broadcast of the Grass Valley Cornish Carol Choir. This originally aired live to the nation from the stage of the Del Oro Theater from downtown Grass Valley. Another favorite to air are President Franklin Roosevelt’s “Fireside Chats” as well as Herb Morrison’s compelling description of the 1937 “Hindenburg Disaster”, and Edward R. Murrow’s ‘This is London’ and other news and noteworthy broadcasts of the past.

“We enjoy airing these vintage programs for people of all ages. Senior citizens grew up – as kids – listening to these shows and remember them fondly,” said Linda. “All we have to do is play the creaking door from “Inner Sanctum” and they recognize it immediately as a broadcast from ‘Inner Sanctum Mysteries’.”

Linda says that “listeners of all ages enjoy our show. I attribute this to the fact that radio had spectacular sound effects artists who livened up every performance and who were also the unsung heroes of that era.” She cites an example, “whenever you hear Fibber McGee open his hall closet door you know instantly from the sound effects that clutter is tumbling out even though it is really your imagination that creates your impression of the event all because of the sound heard over the airwaves.”

“Over the years”, David said, “we have developed a strong and loyal following of listeners including many who are blind or low vision. They have a special appreciation for quality audio entertainment. We especially appreciate hearing from these listeners and in filling their personal program requests to air on Old Radio Theater.”

The couple produces their weekly show from a recording studio in their Roseville home. The shows are transcribed there and hand-delivered to KVMR’s Nevada City studios for prime time airing. “The beauty of recording at home,” said David, “is that it gives us great flexibility to research, edit and produce a high caliber program which KVMR listeners have long come to expect every time they tune-in Old Radio Theater”.

David has a great appreciation for quality radio programming. He grew up listening to radio in Phoenix in the 1950s (which is near the end of radio’s ‘golden days’). He has been collecting vintage radio shows since 1959. Through the decades he has bought hundreds of original radio show transcriptions, 78-rpm and vinyl recordings, as well as many on audio tape. He has the audio equipment to re-play these various formats for Old Radio Theater. The couple has an extensive book collection as well that they reference when researching the shows for airing.

In 1969, David began airing the old shows over KQED-fm San Francisco and in the 1970s over KFMR-fm Fremont. The shows were heard on KTOB-am Petaluma and KSRO-am Santa Rosa in the late 1970s and early 1980s.

Old Radio Theater as heard these past 30 years began in its current series in October 1985 over KNCO-am-fm in Grass Valley. David recalls while serving as Grass Valley’s first city administrator, which he held for 8 years starting in early 1984, was asked quite frequently to speak about city and public affairs on KNCO. The station manager became aware of David’s avocation with old time radio shows. In mid-October, 1985, the station found itself with a need to fill a few late night hours with programming. So, David was asked to “fill in.” He did.

The result: Old Radio Theater went on the air October 26, 1985, as a two-hour Halloween style chiller with programs from the 1940s. He aired: “Escape,” “The Whistler,” “Suspense,” and “Inner Sanctum.” The show was a huge success and has endured ever since. In April, 1988, Linda joined to co-host the show.

On August 7, 1989 Old Radio Theater moved to KVMR where it has remained ever since.

In the year 2000, the format changed from two to one hour of air time every week. And several years later it shifted again to airing one hour on an every other week rotational basis.

Linda’s fondness for radio centers on the fact that while she was growing up her family lived where there was only radio reception. For her, in the tiny farming and oil community of San Ardo, California (20 miles south of Kings City in southern Monterey County), and radio was the only source of news and entertainment for the family. “I grew up on radio,” she said. “A lot of the old shows have wonderful and pleasant childhood memories for me. I liked “Tarzan” for its adventure and “One Man’s Family” because it was so caring.”

The Breningers are a very busy couple. They frequently speak to civic and community organizations on the history of the golden days of radio.

In the early-1990s they were asked by Sierra Community College to lecture on the history of radio for the national Elderhostel Program. This evolved into a fifteen year run of presenting upwards of ten times a year a seminar called “Old Radio Programs Never Die” which was held at the historic National Hotel, Nevada City.

David has 48 years in local government administration. Since 1992 and until he retired in March 2015, he served as General Manager of the Placer County Water Agency.

He has served on the board of directors of both state and national water associations. He is a long time member of the Board of Recreational Boaters of California. He is a two term past President of the PlacerArts in Auburn. He is on the Board of Blue Line Gallery in Roseville. He served in the mid-1980s for four years on the Board of Music in the Mountains in Grass Valley. David has been an active Rotarian since 1973 and is a member of the Auburn Rotary Club.

Linda served 34 years in school administration prior to her retirement in June 2001. She served for 7 years as Principal of Glen Edwards Middle School in Lincoln. Previous to that she was Principal for 12 years of Lyman Gilmore Middle School in Grass Valley. Linda served for many years with the both the Sacramento and the Placer County Law Enforcement Chaplaincy program as a volunteer Community Chaplain to assist crime-victims. Linda is a past Commodore of the Pacific Inter-Club Yachting Association. She has been an active member of Soroptimist International since 1980 and is a member of Soroptimist International of Roseville.

The couple is active at St. John’s Episcopal Church in Roseville. Both enjoy traveling and recreational boating in the California Delta and especially enjoy family gatherings and being with their grand-children.

The Breningers are always pleased to hear from their listeners and to fill their requests. Drop them a line, care of KVMR at ort@kvmr.org 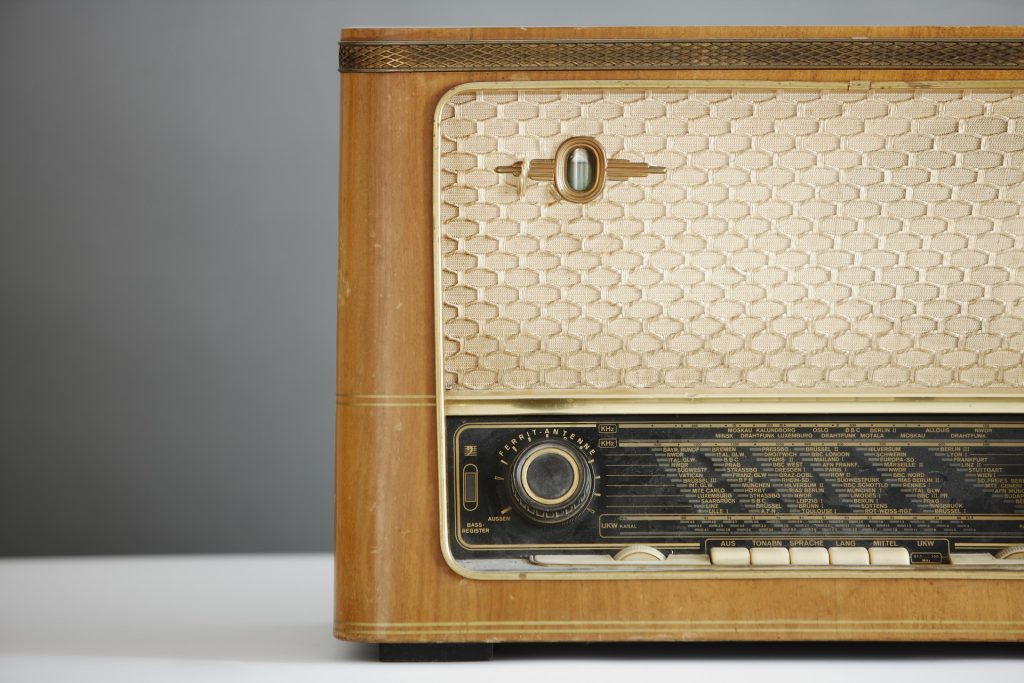