My roots in radio go back to a gift from my grandmother of a transistor radio from the local hardware store on Irving St in San Francisco when I was about 6 years old. I took the one piece earphone and spliced another ear piece on it and the resulting “stereo” effect had me hooked. I had this AM radio as my constant companion for several years. A few years on I was given a combo AM/FM desk light radio that came with a plug in “pillow speaker” that allowed me to set the timer to shut off after I had fallen asleep and wake to music in the morning. I spent countless hours listening to late night /early morning programs.I lived at the time on the peninsula in the Bay Area and listened to all the popular stations of the day. KYA AM ,KSAN FM all the S.F. Giants games too. KSAN was the station that most affected me and when they aired a live show or played a live recording it was a special event for me.

After high school I moved to San Francisco and began a career working for San Francisco promoter Bill Graham Presents. For 15 years I was, in one form or another, at virtually every show that Bill brought to the many venues around the Bay Area and beyond. Live music heaven. I had given up the radio for the ambiance of the live concert venue and I like a kid in a candy store. The SF SNACK Concert, The Band’s Last Waltz at Winterland. The weekly Winterland shows, all of the Day on the Green productions. The Rolling Stones 1981 tour.Also a short 5 year on loan position with the Grateful Dead to monitor their backstage guests while they played on stage. Basically my job was to keep sorted the ones who knew the band from the ones whom the band actually knew. A front row seat to a small part of the long strange trip.This is a list longer than there is space for here. It was as I have repeatedly said “more fun then one person should be allowed in one lifetime.” All the while i had in the back of my mind the idea that it would be wonderful if all this music could be played on the radio.

A short 15 years after my last show for BGP I relocated to Grass Valley with my wife to raise our two children. It would be another 7 years before I was able to take the KVMR broadcaster training class in 2005. After a 2 year Red Eye radio assignment I now have a rotational hosting spot on Saturday Night for Dead Air. It would be hard to say what I enjoy doing more. You can email your show requests to jtaber @ kvmr.org

John has been the executive producer of KVMR’s Celtic Festival since 2009. 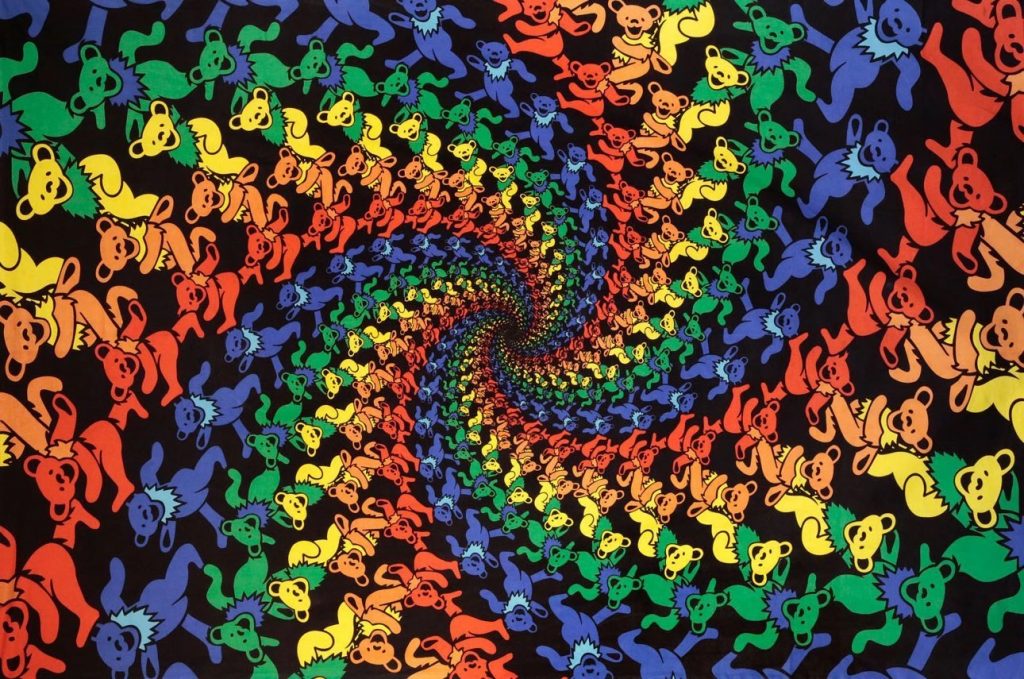