Lights, Microphone, Action! Over 40 Hours of KVMR Live At The Fair

And, once again, KVMR 89.5 FM will bring almost all of its daytime programming out to its Fair broadcast booth near the end of Treat Street, giving fairgoers a unique opportunity to observe and enjoy live radio in action.

The Nevada City non-commercial station will broadcast over 40 hours of shows from the Fair, starting at 10 a.m. each day and going until 6:30 p.m.weekdays, 6 p.m. Saturday and 5 p.m. Sunday.

“This remains a huge commitment to the Fair and to our community,” notes KVMR Program Director Steve Baker. “But it’s grassroots radio at its best at a time when more and more stations are cutting back on live local programming services.”

If the past is any indication, there’ll be a parade of community leaders, non-profit organization representatives, environmental and social activists, Treat Street cooks and plenty of ribbon winners, particularly 4-H Club members, getting interviewed during the station’s 22nd live remote broadcast during Fair Week.

“We’ll present a good share of fire information, health tips and the like,” said Al Camillo, a KVMR volunteer broadcaster who is producing the five day broadcast. “And who knows?  Maybe we’ll even get to talk to a goat.”

Yup, goats, ducks, pigs, rabbits and even cattle have been known to start their radio careers during the Fair — usually by making a fuss of some kind.

It’s the fourth consecutive year that Camillo has served as the live remote producer of the Fair broadcast,  and he and his wife Debbie are organizing the nearly 100 broadcasters, volunteers and helpers it takes to pull it off.

This year Camillo has added some speakers to bring the broadcast to a nearby picnic area in addition to those sitting in front of the booth on the traditional bales of hay.

The booth is located near the pony rides, a school bingo game and across from the 4-H concession building.

“If you see the hay bales, hey, you’re there,” quipped Camillo.

Thursday starts out with KVMR’s native American show, “Dreamwalk”  (10 a.m., with Miss Jiff) and Martin Webb’s “The Energy Report” (noon).  Camillo does a music special, with guests, at 1 p.m. that day.

Meanwhile, the band Elevation will perform live at the KVMR broadcast booth Friday afternoon at a time to be determined.

And Eric Rice has musician Pete Siegfried doing some picking during Saturday’s opening show at the Fair — “County Line Bluegrass” at 10 a.m.

The Concert Band is a direct descendant of the many local concert bands of the 1900s, which played for socials, county fairs, patriotic celebrations, and Sunday afternoon concerts.  In the early 1920s, many of the local groups were consolidated into the Grass Valley Concert Band through the efforts of Harold J. George, a renowned cornet player and musical director.

In the early 1970s, a group of musicians started forming the current band to carry on the traditions of the earlier pioneer organizations.   One idea fed another and the group grew over time into a full-sized concert band culminating in the present pool of some 70 member musicians.

The band is led by Cheryl Woldseth, who became conductor in 2001.

KVMR is also holding a drawing for a guitar autographed by California Worldfest headliner Samantha Fish.

The guitar was donated to the non-profit station by John Volz Sr. of Volz Bros. Automotive after Fish, a blues guitar master, decoratively signed the instrument.

“Jon has been an incredibly kind supporter of the station,” said Baker.  “He’s also donated signed guitars to a variety of non-profits.”

Tickets are $10 each in the KVMR fundraiser and can be purchased at KVMR’s Treat Street Broadcast Booth during the County Fair.  They’re also available at KVMR’s offices, 120 Bridge Street at Spring Street in Nevada City and at Volz Bros., 12048 Charles Drive #2, Grass Valley.

The drawing is scheduled for later this month. 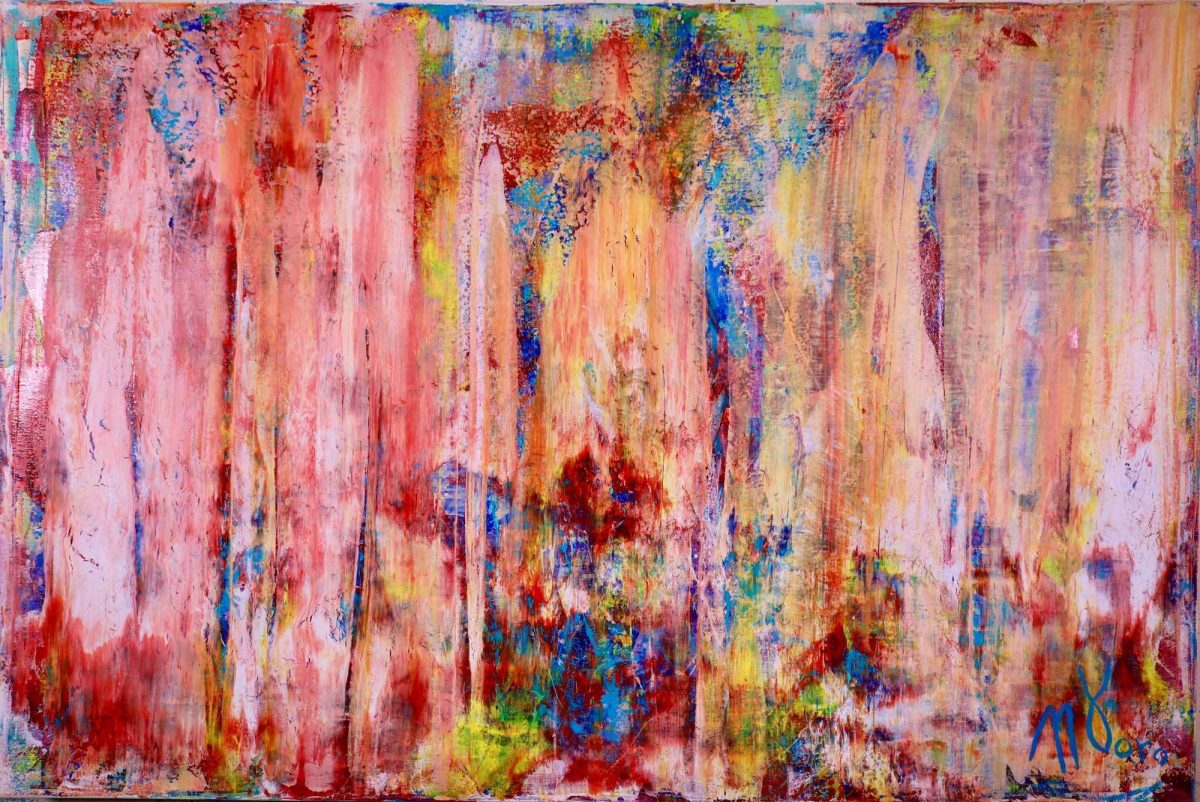 Another woman broadcaster at KVMR!