Hmmm…News, Ideas and Culture by day, Tomorrow’s Music Tonight. Got it.

In fact, two of the longtime most popular National Public Radio news programs will air weekdays on The Bridge:  Morning Edition (5 a.m. to 9 a.m.) and All Things Considered (3 p.m. to 6 p.m.).

In addition, KVMR favorite Amy Goodman and her provocative 22-year-old Democracy Now! newsmagazine will run weekdays at an early 9 a.m. on 105.7 FM, answering “request after request from listeners who wanted it at an earlier, more relevant time,” according to KVMR Program Director Steve Baker.

STILL ON KVMR, TOO

Chiarelli credits a “community media collaboration” between KNCO and KVMR over the 105.7 frequency.

“KNCO had it and truly cooperated with us, allowing us to purchase it from them,” she said.

And The Bridge image?

“While many people can receive NPR here, there are a lot of homes and places where we hope our signal will reach people without access to NPR,” Baker said. “We are, in effect, building a bridge to them and hope to establish an identity for new listeners that way.  And when they discover KVMR as well, they’ll have two new favorite radio stations.”

In coming months, the plan is to introduce local hosts, weather, fire reports and other Nevada County-specific features inside Morning Edition, All Things Considered and Weekend Edition.  More local shows will likely be added as the station revamps and reorganizes its various studios.

For instance, The Bridge’s Morning Edition is already featuring two different state headlines and news features at 6:50 and 8:50 a.m. from The California Report, produced by KQED, San Francisco.

Other shows on the new frequency come from WNYC (New York City), Pacifica, PRX (the Public Radio Exchange), KCRW (Santa Monica), KALW (San Francisco), WWNO (New Orleans) and  Native Voices One, among others.  (See below for list of some show descriptions.)

According to Chiarelli, “With this variety of offerings, including NPR’s Morning Edition and All Things Considered, and these many independently produced programs, The Bridge offers a wide array of thoughtful news and engaging, curious cultural programming, much of it not currently broadcast in our local area.”.

Chiarelli, Baker and the station’s Program Committee (composed of 4 elected broadcasters and 4 appointed community representatives) evaluated more than 50 series for possible inclusion on the schedule over several months earlier this year.

For the local touch, at least for now, The Bridge 105.7 FM also simulcasts the weekday noon to 2 p.m. “Talkies” from KVMR-FM, plus the Nevada City radio station’s KVMR Evening News hour  from 6 to 7 p.m.

“We have kept our programming schedule over on KVMR  almost the same as it has been,” Chirarelli said. “For now, it’s hard to argue with success, and our last two (KVMR) membership drives were our best two since 2011.”

Impetus for the new signal came in part after KVMR’s Community Advisory Board, which last fall analyzed the results of a community survey the station had taken.

“The programming on this new station has been designed to address the community’s desire for more news and information that is balanced in presentation and to address the station’s strategic need to reach out to varying segments of the community, particularly a younger demographic,” according to Chiarelli.

That’s where KVMRx comes in.  A second online stream at kvmrx.org for about a year and a half, it will air its awe-inspiring mix of indie pop, hip hop, modern rock and millennial music of all kinds every evening and weekend afternoons on The Bridge 105.7 FM. KVMR’s Music Director, Sean Dooley-Miller, headed up a recruitment effort to bring a committed new, younger generation of broadcasters to the station.

With KVMRx program names like “Angry But Kind,” “Bing Bong,” “Journey Without Maps,” “Nobodifamous Radio,” and “The Nuclear Beauty Parlor,” it’s likely to be radio with a much younger edge evenings and weekends, only now over-the-air in addition to its internet stream.

To mount the current schedule, the station went to automation for the national and regional programming on The Bridge, bringing in veteran radio producer Felton Pruitt to coordinate The Bridge 105.7 FM operations and assist Chief Engineer Dave Barnett in the automation set-up and program delivery.
.
“We’ve got the programming going here,” noted Barnett. “But we’re still in our infancy as we overcome technical challenges. This is simply a start of something that will be ever evolving.”

No, The Bridge 105.7 wasn’t just an afterthought or someone’s new whimsy.

“Having a second signal has been on my radio bucket list for way over a decade,” mused Baker, KVMR’s Program Director for 20 years. “I’m delighted we have come this far, even though there’s still lots of work to do.”

A capsule look at some of them:

–Your Call (11 a.m. Mon-Wed-Fri), politics and culture, dialogue and debate with host Rose Aguilar of KALW, featuring a weekly media roundtable and a One World environmental discussion each week

–Background Briefing (11 a.m. Tue-Thur) with Ian Masters, who goes far beyond the headlines and deep under the radar to bring forward truths unheard in the American media. From Pacifica and KPFK (Los Angeles).

–Snap Judgement ( 2 & 7 p.m. Wed). This storytelling series likes to say it straps audience into an audio rollercoaster. Recent shows have included “Spooked: Tales From Around the Campfire” and “Talk Of The Town”, a collection of stories about that moment when you realize everyone is talking about…you.

–Reveal (2 & 7 p.m. Thur).  A PRX series in collaboration with the Center for Investigative Reporting brings in-depth stories about under-reported topics and blockbuster journalism on top stories.

–Left, Right & Center (2 & 7 p.m. Fri).  KCRW’s long-running series offers civil discussion of political issues from three (or more) perspectives.  A popular half-hour feature on KVMR, the show has expanded to an hour and returns via The Bridge 105.7 FM.

–The New Yorker Radio Hour (9 a.m. Sat) gives an audio voice to the popular magazine.  Hosted by The New Yorker Editor David Remnick himself, this WNYC-based series recently featured a story on a deported Honduran mother trying to parent her children in the U.S. via videophone.

–Le Show (10 a.m. Sun).  Satirist Harry Shearer (The Simpsons, Spinal Tap) has served up smart humor and polite media sneers for over 30 years on a show where he does all the voices and impersonations, including Bill and Hillary Clinton in the same sketch (“Clintonsomething”).

–American Routes (11 a.m. Sun).  Considered one of the leading music series of all time from its roots at New Orleans’ WWNO, American Routes is a weekly two-hour public radio program that presents the breadth and depth of the American musical and cultural landscape, featuring host Nick Spitzer. 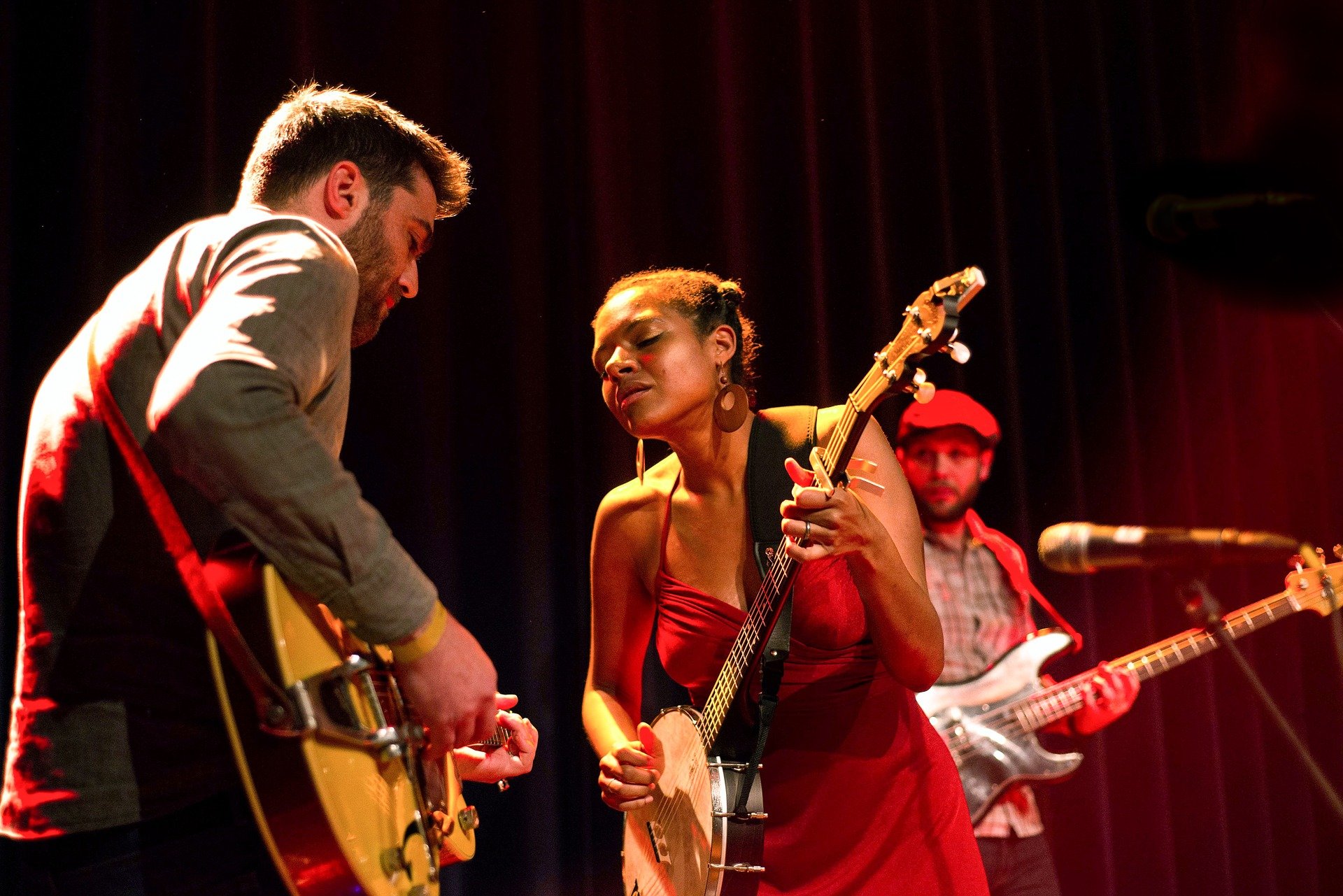 Early Sets Up the Whole Day 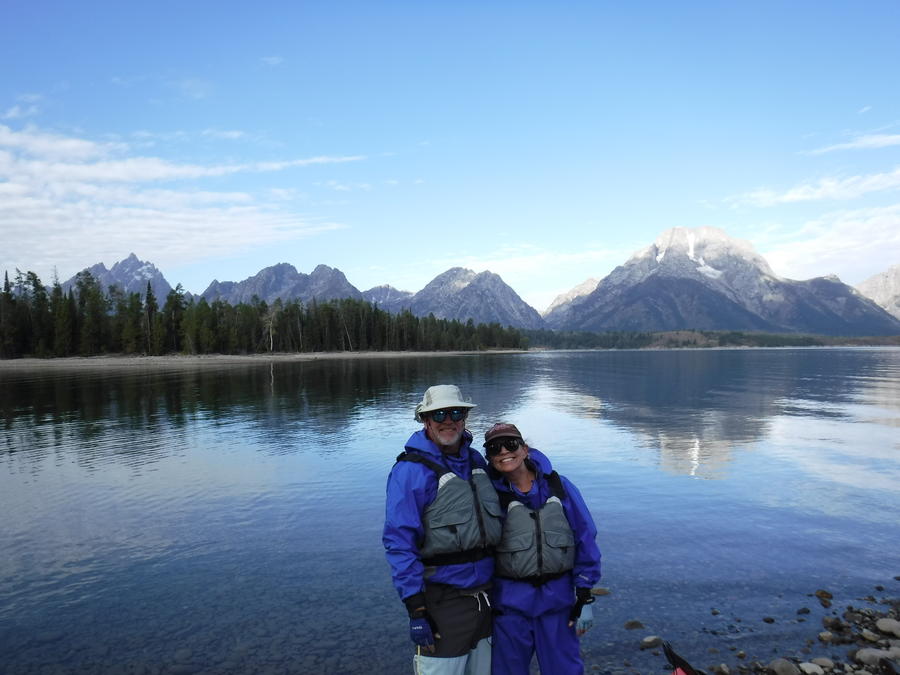 What the heck, stay up all night!